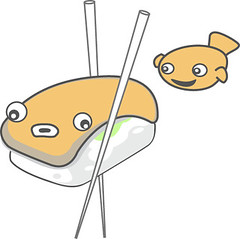 Times are dire for many third-party services built on top of Twitter. The microblogging service struck fear in the hearts of developers last month with an announcement that it would start replacing many of the services that have sprung up around Twitter.

One such company, however, was not upset. URL shortener Bit.ly is hoping that it can fend off Twitter’s own impending shortener by offering better and more reliable features. To that end, the company launched new capabilities today that will help share and track shortened links online.

Bit.ly is a project from start-up incubator Betaworks, and the new updates make it easier to use and track links on the service. According to the bit.ly blog:

“The new release (which we’ve been affectionately calling fugu) provides enhanced
features for searching through your links, more easily shortening links
through a variety of means, and an increased emphasis on sharing your
personal link feed with others.”

The company has also included a new site tour to explain the details. Essentially, bit.ly has updated its interface and tracking capabilities. URLs entered at the site will automatically be shortened. The site also has a new sidebar that makes it easy to share links and track statistics. New tracking features let users search through their history of shortened links and follow how far a specific link has traveled from their account versus other users who have shared the same webpage with bit.ly. 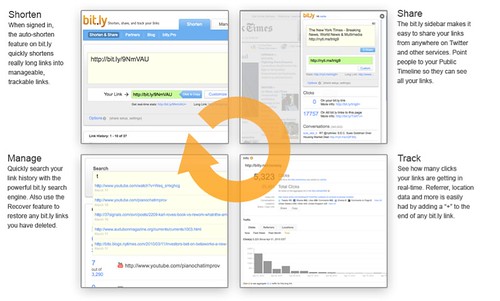 All of these will make it easier to use bit.ly, but the company’s fate still lies in part in the hands of Twitter. Last month, Twitter announced that it will be launching its own URL shortener. CEO Evan Williams said it would be “stupid” for Twitter to avoid doing so:

“We are probably not going to give people a choice. If they want to use a
different shortener, they can use a different app.”

When Twitter changed its default URL shortener from TinyURL to bit.ly last year, the company’s marketshare quickly increased to nearly half of Twitter’s shared links (46%) compared to TinyURL’s 44%. A year prior, when TinyURl was the default Twitter shortener, it created 75% of the links shared on Twitter, compared to 13% from bit.ly.
When Twitter shifts to a proprietary shortener, bit.ly could have a similar experience. Of course, the company doesn’t agree. CEO John Borthwick says that Twitter actually stopped using bit.ly as Twitter’s default late last year, and the change had a negligible affect on his company’s growth:
“The default shortening partnership worked well for a period of time –
approximately six months — during a period of hyper growth. Today bit.ly
is growing and continues to scale — irrespective of the change in rules
last December re: shortening on Twitter.com. “
Bit.ly argues that Twitter represents only 1% of the links
shortened through bit.ly. The company also works
with multiple companies to white label branded shorteners and is “working hard to make it part of the internet or at least the social,
real time web — in scale, breadth, trust and performance.”
But there’s one thing to indicate that when Twitter launches its own shortening product, it will have serious repercussions for bit.ly: not many people have noticed that bit.ly is no longer Twitter’s default shortener. Multiple services are still available in apps like TweetDeck, and I know many people (often myself included) who go to bit.ly to shorten links, but could easily use another service. When Twitter creates its own shortener, many users simply won’t go elsewhere.
That’s not to say that bit.ly will be toast when that happens. But they’re going to have to work pretty hard creating features if they want to stay ahead of whatever service (twt.tl and Twee.tt are a few being tossed around) Twitter launches. For people concerned about security and tracking their cumulative linking history online, bit.ly may still be preferable. But that doesn’t mean everyone will go looking for it to find out.

View full post on Posts from the Econsultancy blog